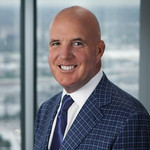 Quanta Services is a Fortune 300 company with more than $11 Billion in revenue and 39,000 plus employees worldwide. Austin has played a fundamental role in Quanta’s significant growth in its key markets, including strategic development of the company’s capabilities in assessment, planning, engineering and design, procurement, construction, commissioning, testing, operations and management of critical infrastructure systems.

Before joining Quanta Services, Austin served as president of North Houston Pole Line, LP, a Quanta operating unit. He was instrumental in the strategic growth of the Texas-based unit, which delivers a full range of electric power, gas and telecommunication utility infrastructure services to customers throughout the region.

Austin serves on the CEO Roundtable, the board of the Southwest Line Chapter of the National Electrical Contractors Association, as well as the Junior Achievement board of Southeast Texas (JASET), and the executive committee for the Greater Houston Partnership (GHP). He also serves on the Texas State University System Board of Regents. 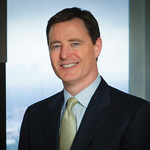 Prior to taking on his current role as Executive Vice President- Business Operations, Derrick Jensen served as Quanta’s Chief Financial Officer for ten years. Before he became CFO, Jensen served as senior vice president of finance and administration and Chief Accounting Officer with oversight of the company’s finance, accounting, treasury, IT and risk management functions. Jensen also had a significant role in the company’s acquisition and integration strategies and the development of integrated business and information system processes. Jensen joined Quanta Services in December of 1997.

Jensen is the spokesman at Quanta Services for Child Advocates, an organization that mobilizes court-appointed advocate volunteers to break the cycle of child abuse. With Quanta’s support, Child Advocates is able to provide special activities and programs for the children to meet their unique need and improve their quality of life. Prior to joining Quanta, Jensen was a manager at Arthur Andersen LLP where he obtained his public accountant certification (CPA) and served primarily commercial clients, many of which were highly acquisitive. Jensen holds a Bachelor of Science in Business Administration with a major in Accounting from Oklahoma State University where he graduated in 1992. 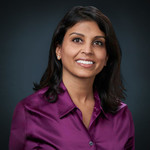 Jayshree Desai serves as the Chief Financial Officer for Quanta Services with oversight of the company’s finance and accounting, M&A, treasury and IT functions. Prior to being the CFO, Desai held the position of Chief Corporate Development Officer. As CCDO, Desai oversaw all M&A opportunities and treasury transactions.

Prior to joining Quanta, Desai was president of ConnectGen, LLC, a private-equity backed developer of utility-scale wind energy, solar energy and battery storage projects. From 2010 to 2018, she was the Chief Operating Officer of Clean Line Energy Partners LLC, an independent developer of high voltage transmission lines to bring renewable energy to market.  Before Clean Line, Desai served as the Chief Financial Officer of EDP Renewables North America (EDPR NA), where she co-led the company through multiple recapitalizations, including the sale of EDPR NA’s predecessor company to the Goldman Sachs Group, Inc., the subsequent sale in 2007 to Energias de Portugal for $2.7 billion and the $2.4 billion initial public offering of EDP’s renewable energy subsidiary in 2008.

Desai currently serves as a director on the board of TPI Composites, Inc, the world’s largest independent manufacturer of wind turbine blades. Desai holds a Master of Business Administration from the Wharton School of the University of Pennsylvania and a Bachelor of Arts degree in Business Administration, Management Information Systems from the University of Texas at Austin. 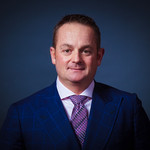 Redgie Probst serves as the Chief Operations Officer of Quanta Services. Appointed to the role in January 2022, Probst has two decades of specialty contracting experience in the electric power infrastructure and other industries as a lineman, entrepreneur and executive. He has served as Quanta’s President – Electric Power Division since March 2019. He previously served as our Senior Vice President – Electric Power from May 2018 to March 2019 and as Regional Vice President – Electric Power from June 2016 until May 2018. He founded and served as President and Chief Executive Officer of Probst Electric, Inc. from 2004 and Summit Line Construction, Inc. from 2008, both of which Quanta acquired in November 2013. Probst attended Utah Valley University for its line workers program and is a certified Journeyman Lineman, Master Electrician and Journeyman Substation Technician. 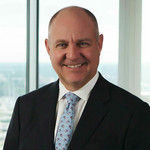 As Chief Strategy Officer of Quanta Services, Paul Gregory works with the corporate management team on the company’s overall strategy.

Gregory began his career in the construction of pipelines and related facilities in 1989 with Gregory & Cook, Inc. He has direct field and management level experience in all facets of pipeline construction. In 1997, Gregory, along with long-time members of Gregory & Cook’s management, formed Gregory & Cook Construction, Inc., where he served as President & CEO for over ten years. In 2008, the company was combined with H.C. Price to form Price Gregory International, which is now Quanta Services’ largest transmission pipeline division. 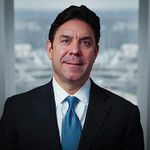 As Executive Vice President and General Counsel, Donald Wayne oversees the legal function of the company. He has 25 years of legal experience, including 20 years serving as General Counsel of companies with a focus on energy and construction.

Prior to joining Quanta, Wayne served as Senior Vice President, General Counsel and Corporate Secretary for Archrock, Inc. and its predecessor companies, Exterran Holdings, Inc. and Universal Compression Holdings, Inc., a publicly traded provider of oilfield services, EPC services and oil and gas production equipment, from 2006 through 2017. During that time, he also served as Senior Vice President and General Counsel of the managing general partner of a master limited partnership controlled by Archrock and its predecessor companies, and as a director of the publicly traded managing general partner from 2015 through 2017. Wayne also previously served as Vice President and General Counsel of U.S. Concrete, Inc., a publicly traded provider of ready-mixed concrete and related products and services, from 1999 to 2006. Prior to joining U.S. Concrete, he served as an attorney with the law firm of Akin, Gump, Strauss, Hauer & Feld, L.L.P.

Wayne is a graduate of Tufts University and completed his Master of Business Administration and Juris Doctorate at Washington University.