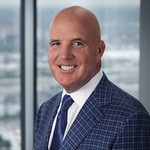 EXPERIENCE
Mr. Austin has served as a member of the Board and President and as Chief Executive Officer since March 2016 and as our Chief Operating Officer since January 2013. He previously served as President of the Electric Power Division and Oil and Gas Division from May 2011 to December 2012 and had responsibility for oversight of power and pipeline operations since January 2011. He served as President of the Oil and Gas Division from October 2009 to May 2011 and as President of North Houston Pole Line, L.P., an electric and natural gas specialty contractor and subsidiary of Quanta, from 2001 until September 2009. He currently serves as vice chairman of the Texas State University System Board of Regents and a director of the Southwest Line Chapter of the National Electrical Contractors Association. Mr. Austin holds a Bachelor of Arts degree in Business Management.

QUALIFICATIONS
The Board believes Mr. Austin’s qualifications to serve on the Board include his significant contributions to Quanta in strategy and operational and safety leadership, including as our Chief Operating Officer, as well as his extensive technical expertise and knowledge of the industries Quanta serves. Mr. Austin also brings extensive knowledge of all aspects of the Company’s operations as a result of his service as our Chief Executive Officer. 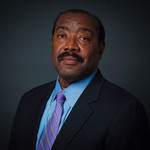 QUALIFICATIONS
The Board believes Mr. Beneby’s qualifications to serve on the Board include his extensive executive-level experience at a municipal electric and gas utility and his service as a chief executive officer and director of other public companies, as well as his operational, safety and financial expertise and knowledge of the industries Quanta serves. 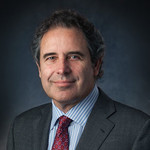 EXPERIENCE
Mr. Foster has been a member of the Board since 1998. He has served as Executive Chairman of the Board of Main Street Capital Corporation, a specialty investment company, since March 2007 and as Senior Managing Director of Main Street Capital Partners, LLC (and its predecessor firms), a private investment firm, since 1997. He also served as Chief Executive Officer of Main Street Capital Corporation from March 2007 until November 2018. Mr. Foster previously served as a director of Team Industrial Services, Inc. from 2005 until July 2017, U.S. Concrete, Inc. from 1999 to 2010, Carriage Services, Inc. from 1999 to 2011 and HMS Income Fund, Inc. from June 2012 to March 2013. He has also served on the Eli Broad College of Business Advisory Board for Michigan State University since 2020. Mr. Foster holds a Juris Doctor degree and is a Certified Public Accountant.

QUALIFICATIONS
The Board believes Mr. Foster’s qualifications to serve on the Board include his significant contributions and service to Quanta since its inception, his experience as chief executive officer of a public corporation, his many years of service on boards of other public companies and his extensive tax, accounting, merger and acquisitions, financial, legal and corporate governance expertise. 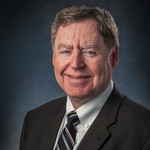 EXPERIENCE
Mr. Fried has been a member of the Board since March 2004. He has served as Principal of BF Consulting, a provider of management consulting services, since September 2011, and previously served as Chief Executive Officer and as a director of Plastikon Industries, Inc., a plastics manufacturing company, from April 2016 to September 2017. Mr. Fried also previously served as the Executive Chairman of OpTerra Energy Group, an energy conservation measures services provider, from June 2012 to February 2016, and as the Executive Chairman of Energy Solutions International, a software provider to the pipeline industry, from March 2011 to May 2015. Mr. Fried also served as Chief Executive Officer and President of Siterra Corporation, a software services provider, from May 2005 to March 2011, as Chief Executive Officer and President of Citadon, Inc., a software services provider, from 2001 until November 2003, and as Chief Financial Officer and Managing Director of Bechtel Enterprises, Inc. from 1997 until 2000. Mr. Fried holds a Bachelor of Engineering degree and a Master of Business Administration degree.

QUALIFICATIONS
The Board believes Mr. Fried’s qualifications to serve on the Board include his executive management experience, including at companies within Quanta’s industries, his prior service on company boards, and his extensive executive-level experience in operations, risk oversight, information technology systems, human resources, finance and international business. 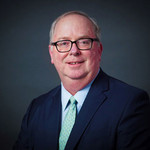 EXPERIENCE
Mr. Jackman has been a member of the Board since May 2005. He has served as Chief Executive Officer and a director of Waste Connections, Inc., an integrated solid waste services company, since July 2019 and as President of Waste Connections, Inc. since July 2018. He previously served as its Executive Vice President and Chief Financial Officer from September 2004 until July 2018 and as Vice President - Finance and Investor Relations from April 2003 until August 2004. From 1991 until April 2003, Mr. Jackman held various positions with Deutsche Bank Securities, Inc., an investment banking firm, most recently serving as Managing Director, Global Industrial and Environmental Services Group. Mr. Jackman holds a Bachelor of Science degree in Business Administration – Finance and a Master of Business Administration degree.

QUALIFICATIONS
The Board believes Mr. Jackman’s qualifications to serve on the Board include his corporate experience, including as chief executive officer and chief financial officer of a public corporation, as well as his investment banking experience and extensive financial and accounting expertise

QUALIFICATIONS
The Board believes Ms. Ladhani’s qualifications to serve on the Board include her broad executive management experience, including both operational and financial experience as chief executive officer and chief financial officer of public companies, as well as her extensive service on boards of other public companies. 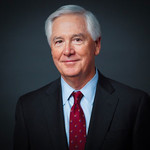 Chairman of the Board

QUALIFICATIONS
The Board believes Mr. McClanahan’s qualifications to serve on the Board include his extensive experience, including as a chief executive officer of a public company in the electric power and natural gas industries and his prior service on the board of a public company, as well as his technical expertise and knowledge of the industries Quanta serves and his financial and accounting expertise. 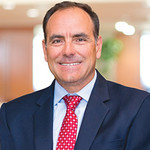 Since April 2017, Mr. Rowe has served as President, Chief Executive Officer and a director of Flowserve Corporation, a publicly traded developer and manufacturer of precision-engineered flow control systems that support global infrastructure industries, including energy, chemical, power generation and water management, and certain general industrial markets. From 2016 to 2017, Mr. Rowe served as President of Cameron Group of Schlumberger Ltd., an operating company of Schlumberger Limited, a publicly traded company that provides solutions and technologies to energy customers. Additionally, prior to Schlumberger’s acquisition of Cameron International Corporation in 2016, he served in various roles of increasing responsibility with Cameron International, including as President and Chief Executive Officer from 2015 to 2016, as President and Chief Operating Officer from 2014 to 2015, as a director from 2014 to 2016 and as a division president from 2008 to 2014. Mr. Rowe also previously served as a captain in the United States Army and holds a Bachelor of Science degree in Engineering Management and a Master of Business Administration degree. 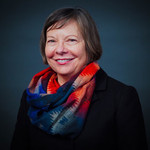 EXPERIENCE
Ms. Shannon has been a member of the Board since December 2012. She served as Vice President and General Counsel of BJ Services Company, an international oilfield services company, from 1994 to 2010, when it was acquired by Baker Hughes Incorporated. Prior to 1994, she was a partner with the law firm of Andrews Kurth LLP. Ms. Shannon served on the board of directors of Matador Resources Company, an exploration and production company, from June 2011 to December 2016. In addition, she has been active in several not-for-profit organizations in Houston. Ms. Shannon holds a Bachelor of Arts degree and a Juris Doctor degree.

QUALIFICATIONS
The Board believes Ms. Shannon’s qualifications to serve on the Board include her vast experience in the energy industry, as well as in corporate governance, and her years of service on boards of other public and private companies. 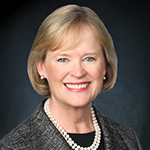 EXPERIENCE
Ms. Wyrsch has been a member of the Board since October 2019. She previously served as Executive Vice President and General Counsel of Sempra Energy, an energy infrastructure and services company with operations in the United States and internationally, from September 2013 until March 2019, where she oversaw legal and compliance matters. She also previously served as President – North America of Vestas American Wind Technology, a wind turbine services company, from 2009 until 2012, where she had direct responsibility for North American sales, construction, services and maintenance. From 2007 until 2008 she served as President and Chief Executive Officer of Spectra Energy Transmission, a natural gas transmission and storage business in the United States and Canada, and from 1999 through 2007, she served in various roles of increasing responsibility with Duke Energy Corporation, including as President and Chief Executive Officer, Gas Transmission from 2005 until 2007. Ms. Wyrsch has served as a director of First American Financial Corporation, a publicly traded financial services company, since 2018 and as a director of National Grid plc, a publicly traded electricity and gas utility company, since September 2021. She also previously served as a director of Spectris plc, a provider of specialty instrumentation and controls that is listed on the London Stock Exchange, from 2012 until 2021 and as a director of Noble Energy, Inc., a publicly traded independent oil and natural gas exploration and production company, from December 2019 through the sale of Noble in October 2020. Ms. Wyrsch holds a Bachelor of Arts degree and a Juris Doctor degree.

QUALIFICATIONS
The Board believes Ms. Wyrsch’s qualifications to serve on the Board include her experience as an executive officer of large, publicly traded utility and energy companies and her experience serving as a public company director, as well as her technical expertise and knowledge of the industries Quanta serves and her legal expertise and experience with respect to corporate governance.